The Blue Lion of Place Stalingrad 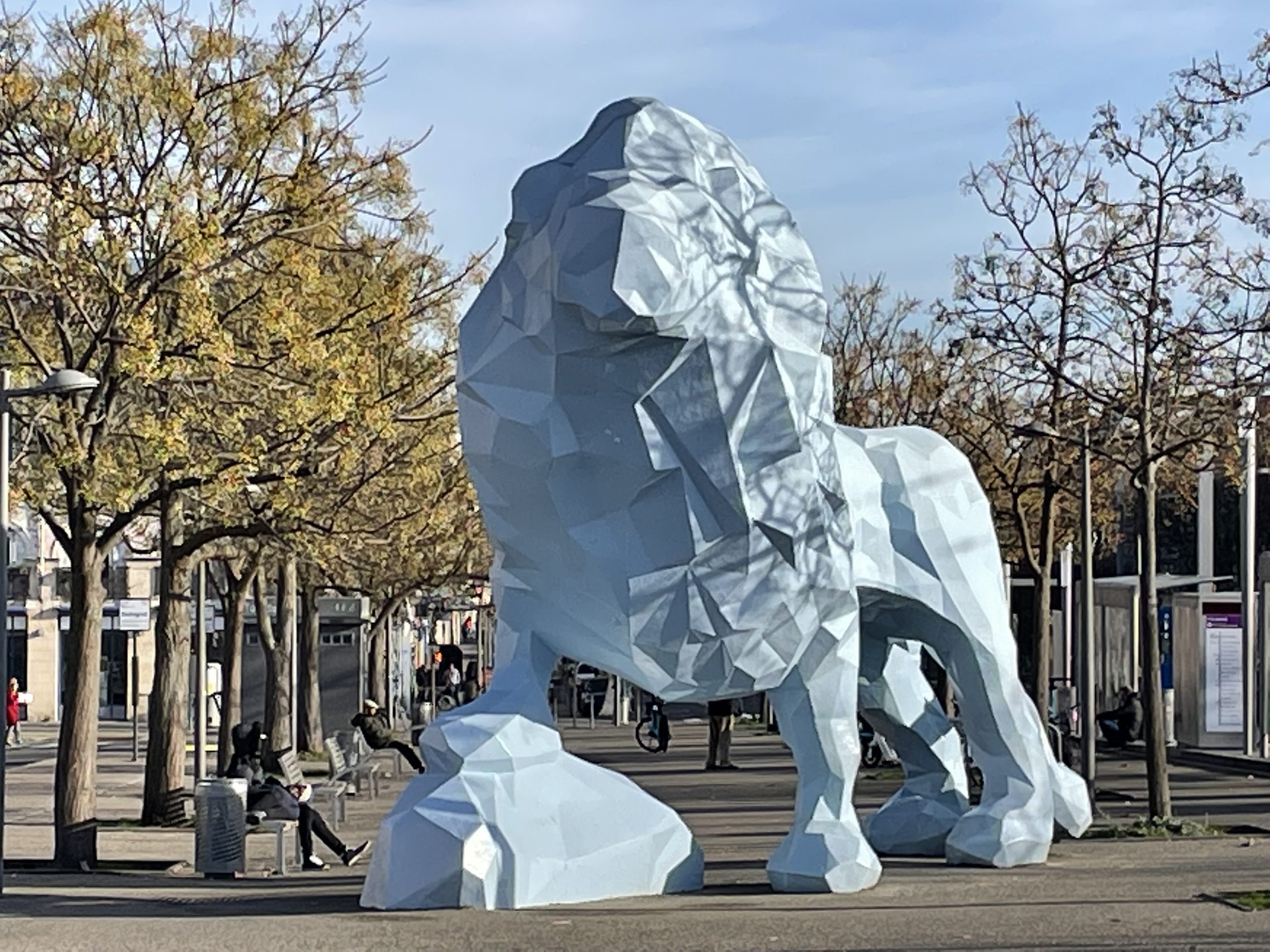 They call him le “Lion bleu”, le “Lion de Stalingrad” or le “Lion de la Bastide”. Six metres high, the Blue Lion of Place Stalingrad has stood here proud and tall since June 2005. The resolutely contemporary design contrasts sharply with the 18th architecture of Bordeaux. On summer days, the pale blue of the sculpture blends with the sky.

Designed by Xavier Veilhan, the lion is moulded in resin supported by a metal structure. Not intended to celebrate anything in particular, the Blue Lion of Place Stalingrad is monument to the importance of contemporary art in Bordeaux. You can spot many of these works in historic districts with an industrial past. Another good example is the “Flying Saucer” by Suzanne Treister at the Bassins à flot in the Bacalan district. Xavier Veilhan describes his lion as “something totemic and immediately recognisable, a symbol of pride and strength, big enough to be visible from the left bank”.

Getting there: tram B to Hôtel de Ville, then A to Stalingrad or walk from the apartment (45 minutes).